Lost your password? Please enter your email address. You will receive a link and will create a new password via email.

FrankBanker Forum is the place to ask a question, respond to queries or simply share your views, you must login.

Please briefly explain why you feel this question should be reported.

Please briefly explain why you feel this answer should be reported.

Please briefly explain why you feel this user should be reported. 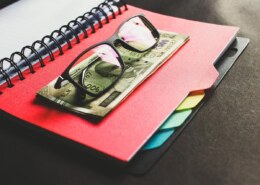 As India celebrates 75th Independence Day, thought to pause and lock back on evolution of banking over the years, more so the times I have witnessed

From essentially being treasuries of princely states in pre-independence era to nationalization to liberalization to going beyond banks (NBFCs and Fintechs) to advent of segmented licensing, the journey has been ‘liberating’ though not without challenges.

I recall spending whole day to get my college fees DD issued and waiting for centuries to open an account. KYC documents never seemed to complete.

Then later as a banker, learning Finacle shortkeys, telling customers about 11 o clock high value clearing and physical loan files being couriered to HO and waiting for those approvals to happen.

Then there were procedural challenges in the physical world.

Evaluating those bank statement printouts- creating a summary of TOD’s and inward/outward bounces and collating VAT challans was cumbersome. Till outsourcing to CPAs became an accepted norm.

The banker’s world was shifting – LOS, CRM, RAM and CIBIL became mainstream. Although the transition meant doing both physical and digital things together.

While my public sector banks colleagues were pushed to chase govt schemes and psl targets, we at these new age private banks were pushing customers to use internet banking and later making them download mobile apps. Retail loans were no longer driven by whims.

Another shift came in ‘what’ and ‘how’ we were selling. Insurance, MFs and Bullion became central to customer relationship management.

I asked my senior once “Sar, we are asset Bankers sar!”

He responded, somewhat peeved, “Buggers all of you in Business, Credit and Branch are Salespeople. Tomorrow we may launch Alphonso Mangoes”

There was a silver lining to these cross-sells. The contests and foreign trips funded by insurance partners made us taste blood. It tasted sweet but in our hearts we knew that this comes at the risk of diabetes- dilution of customer service and relationship management. Mis-selling episodes started coming to fore.

I’m sure some of those things still linger in some form or the other even today, although with some nuance.

More interestingly, tech has turned the world upside down over the last few years-

The data from customer no longer means only documents. It increasingly means APIs. Evaluation for commercial loans is no longer only about files but speed too. Access to credit has deepened with the segmented approach of digital lenders. The scoring model extend beyond financials.

Payments transformation in India is another world inspiring story of revolution and inclusion done at scale.

Reaching a bank is still cumbersome and surprisingly we are still ‘Pressing 1’ on those vintage IVRs. Although I’m hopeful the chatbots will soon catch up.

In all this dynamism, there is one thing that remains central to bankers though. Customer Relationships.

Yes, the expectations run high and patience runs thin on either side, however need for engagement continues. I do all things digital but there are occasions when I need my RM. As we grow economically, customer needs will continue to evolve and require some support. Digital channels and Robo advisors can’t do it all and not for everyone. Remember even the bank security guards were helping many a customers when ATMs were becoming mainstream.

The part of this journey I have witnessed hasn’t been without stumbles and new challenges will come. However, in my engagement with Banks and Fintechs both within and outside India, convinces me that Indian Banking is poised to lead and parts of the world increasingly rely on India to set the tone.

Banking is not the easiest of jobs but as Indian Bankers we are increasingly becoming central to innovation and bringing solutions that resolve things at scale.

I’m excited to witness what’s in store for the next 25 years. When India turns 100, Banks may or may not exist in the current form but bankers will. Wonder if the qualification may change from finance, accounting and economics to Stats and coding?

You must login to add an answer.

Posting of any promotional, political, religious or personal comments is not encouraged and will be moderated.

"How RBI is calibrating its Liquidity Management strategy?"

FrankBanker Points indicate your level of engagement on the Forum. More you engage and share with the Banking and Finance community here, more points you earn. Levels : Enthusiast->Informed->Learned->Pro->Expert->Enlightened.